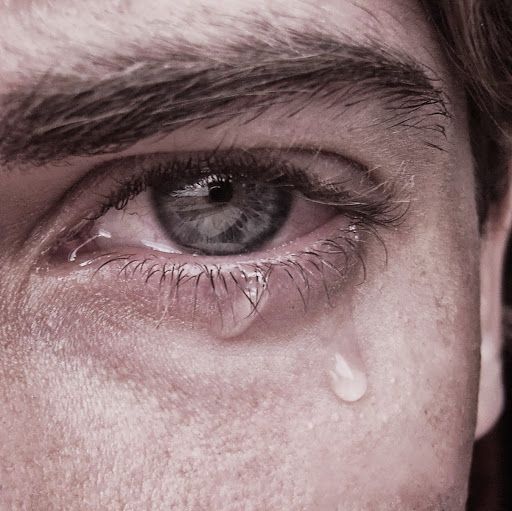 February 25, 2017 Off By admin
A guy brought a gogo on his ladies advice, they had only been to walking street twice and they brought a double unit on soi 6. They spent 3m making it into a gogo. They had never been to soi 6 before and didn’t know any police.
When they opened they didn’t have any licenses at all, he said they would just pay the cops off when/if they come. He was a pilot before.
The business wasn’t doing very well, lots of local business owners and customers offered advice, for example on there opening night they must have had 100+ girls I was told, (from an agency) and they offered first drink free, so guys left after there first one, this is a bad start. The business needs to make money from day one and everyday after.
He didn’t want guys coming to see him, he rather sat alone and he moaned when a friend introduced him to a good customer. He kept parking his car out the front of the door, so no one could see if it was open, their was a catalog of problems. He started selling beer for 39 baht and that’s the end of the journey if someone does that strategy. He was almost never there and let some tom boys and males to run it unattended, so he was probably getting robbed blind.
His wife had a baby recently and the baby died, then his wife died a few days ago. He had put 3m baht into a tom boys account because he didn’t want it in his for a strange reason. The tomboy ran off. He paid the police 150k to get the money back, they did nothing. Then he gave a lawyer 200k to get his money back and they did nothing. (should have paid a % of what they recover)
He ran out of money and is pissed off with Thailand and he walked away from the business with nothing at all, he could have sold it but he was so pissed off he wanted to leave. He’s probably lost 6-10m including business losses.
The biggest problem with this guy as with many that fail, is he didn’t seek advice or listen to advice. He trusted people too much and expected to much. Now he has nothing at all and has returned to his home country. I also told him to hand me the keys and we will give him a percent of profit. (he wanted 20m for his business and slowly went down to 6.5m but i still wasn’t interested)
As I keep saying Pattaya is a town for men, any guys weak minded, too trusting or led by the nose will lose all their shit here. I was gutted when I got this story yesterday. The landlord told me.
CategoryBryan Flowers

Our Thai News Company Story
Me and Aj started ThePattayaNews.com but we...
My Moving to Thailand Story
In November 2007 I left my parents house after...
Living In Thailand Series : Thai Food
When I first arrived in Thailand, I was still in...
Why does Pattaya breed scammers?
Why does Pattaya breed scammers? Many people...
Why I don’t lend money anymore
Several "friends", acquaintances and other...
The world of crypto trading
Guys have been asking me for crypto advice,...
An insight to running some bars in Pattaya
This thread requires you to sign up to my...
Building a rock solid future in Thailand
Kind of related to my Total Immersion...
Teamwork
A guy critised me for doing too many businesses...
A list of reasons why I try not to listen to most people
A list of reasons why I try not to listen to most...
Mosquitoes, heat, heavy traffic and bad schools
Mosquitoes, heat, heavy traffic and bad schooling...
Re-calibrating
Re-calibrating The last 2 months of my life...
Starting out again in Pattaya with no job or money.
A guy asked me what I would do if I woke up with...
Playing To Your Strengths – being accountable
I think one of the best gifts a business guy can...
Living in Pattaya long term.
If you want to live in Thailand forever. The only...
Finding good staff in Pattaya.
Most business owners struggle to get good staff...
Taking my kid out of school at 13.
I had an idea today.  My plan was to travel the...
Mentoring
I feel like I am stating the obvious here but I...
Writing my first book about Making Money In Thailand
I have done the contents page, please leave a...
Investing In Thailand
Over the last 3-4 years a lot of people...
Haters
This is a constant subject for people "high...
Moving to Thailand with only 1 million baht and making a go of it.
First to prevent any confusion, I am assuming...
Married 6 years today
I met my wife 9 years and 4 months ago.  We got...
11 tips incase you are set up
I'm going to get blasted again for this but I am...
Fifteen mistakes I see with newbies moving to Pattaya
Fifteen mistakes I often see with guys moving to...
How not to lose all your money on your first business in Thailand.
I recently wrote about how to prepare before...
Preparing to buy a bar or small business in Pattaya
Preparing to buy a bar or small business in...
3 years ago today
3 years ago today my life started a new chapter,...
Deal fell through for a different reason
A barowner/friend of mine told me about a bar for...
Business networking.
The more meetings I go to the more important I...
Why its good to write about business or your city.
Why do I enjoy writing?  For starters, I have...
How to get a job with Night Wish Group.
Everyday guys are messaging me for jobs. (and...
Taking risks to accelerate growth
5 years ago i found myself making 100k in one...
﻿The Night Wish Group Story
The Night Wish Group Story Some guys show an...
A gogo owner ripped off by his manager.
I've had lots of business owners coming to me for...
Here is a classic example how business owners here don’t understand marketing.
We approached a "friends" non bar business and...
Eat dirt, cry, suffer and masturbate.
I can't believe how much guys value...
Common questions I get asked.
Common questions I get asked. How do you do so...
Another tragic story
A guy brought a gogo on his ladies advice, they...
Damaging the scene
Some numbnuts had been going around gogos filming...
Farang snitches
As always using farang snitches (see video below)...
Strategies to find work in Thailand
Im still thinking of things to write my book on...
Another story of a business owner being scammed.
Another story of a business owner being...
12 examples of business deals that I couldn’t close
12 examples of business deals that I couldn't...
101 Signs of becoming successful at business
101 Signs of becoming successful at business or...
Pattaya is doomed
These are the titles of the threads that have...
Advice for investors
Investors and aspiring business guys here are...
10 examples of business deals that I couldn’t close
I seen a double unit for sale, it was a shit...
Steps to set up a business in Thailand (or anywhere i guess)
Steps to set up a business in Thailand (or...
Motivation and my driving force.
I wanted to write about what motivates me, maybe...
How to live in Thailand long term. – just my thoughts
I have met many guys over the years, many have...
Total Immersion
Total Immersion. A few thoughts after living here...